We’re excited to announce the full release of the new Warcraft Logs Companion app. The app takes on the functionality of the Warcraft Logs Uploader and goes much further.

Upload your combat log. Analyze your raid. Improve your play. All in game.

The Warcraft Logs Companion allows players to upload combat logs, either live during play or after a dungeon or raid. The Warcraft Logs servers will then parse and analyze the log before making it viewable in game. No more tabbing out to view wipes, replay, and ranks.

With the click of a button, you can start a live log, upload a log or split logs right from the game. Our minimal design will slot right into your existing UI. And hotkeys can toggle the display on and off. 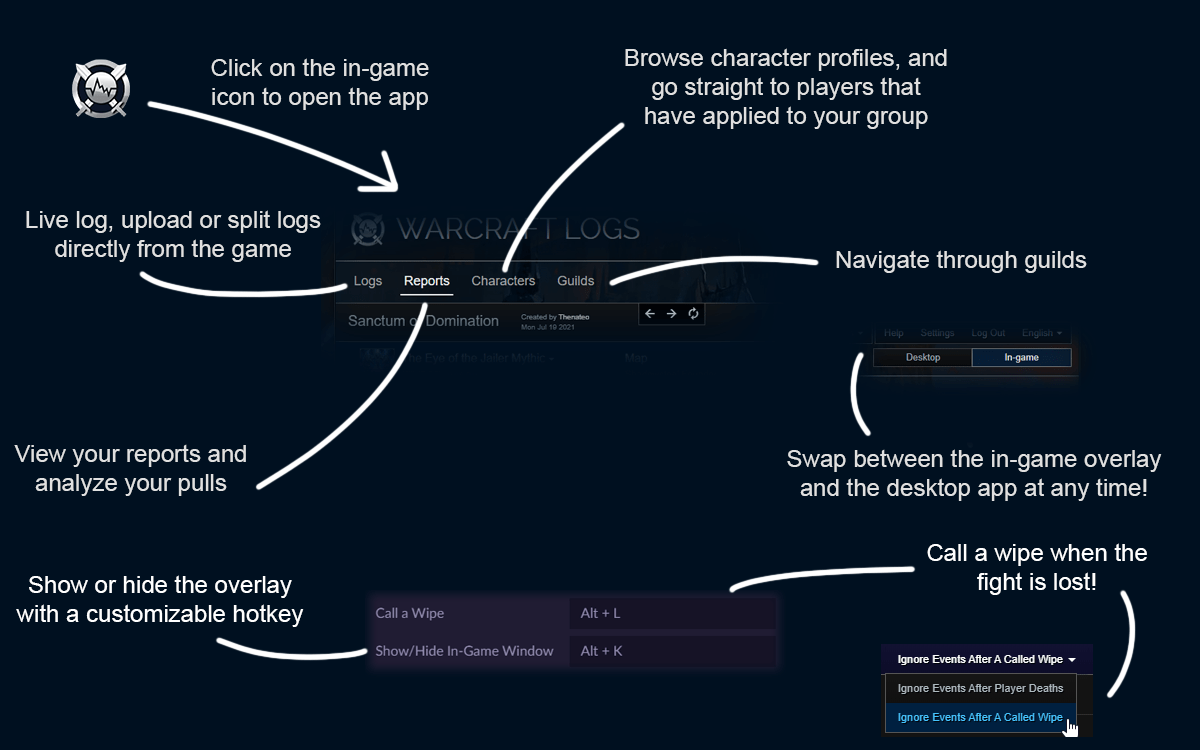 In a second reports viewer window, you can see the results of your latest raid. All of Warcraft Logs most powerful features: analysis, replay, embedded in the game itself. 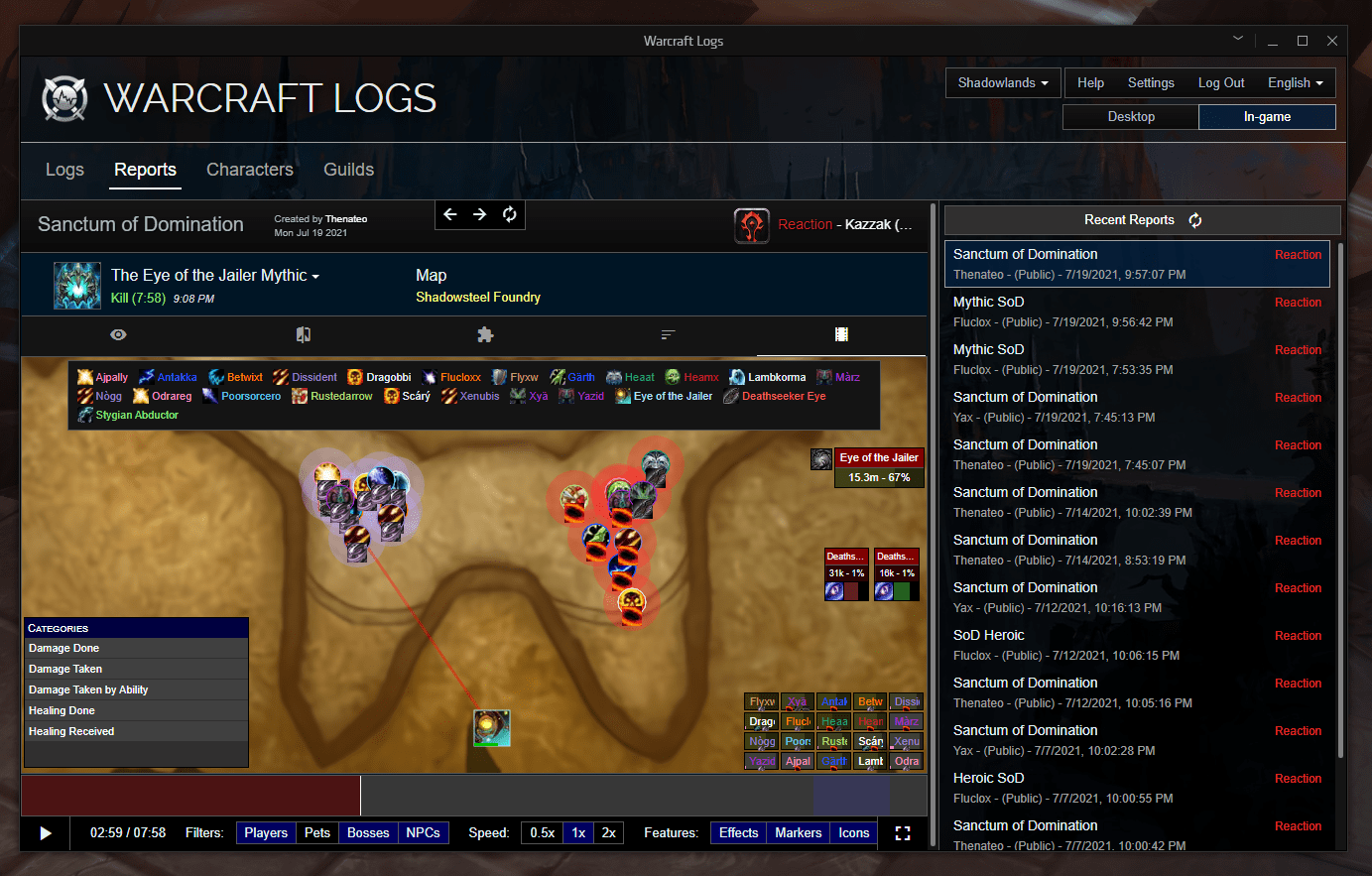 Call a wipe when the fight is lost

And, new with the Warcraft Logs Companion, you can now "Call a Wipe" with a hotkey to send the log up for immediate processing and review. You’ll be able to see exactly where the wipe was called, saved in the report, and even ignore all data that occurred after the wipe was called. 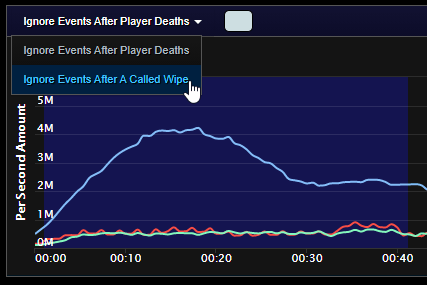 And one more thing: you can easily see the character profiles of all those that apply to your group in Group Finder. Click on an applicant, and it’ll pop up a character profile pane right in game. No tabbing out to see if they’ll be a good fit. 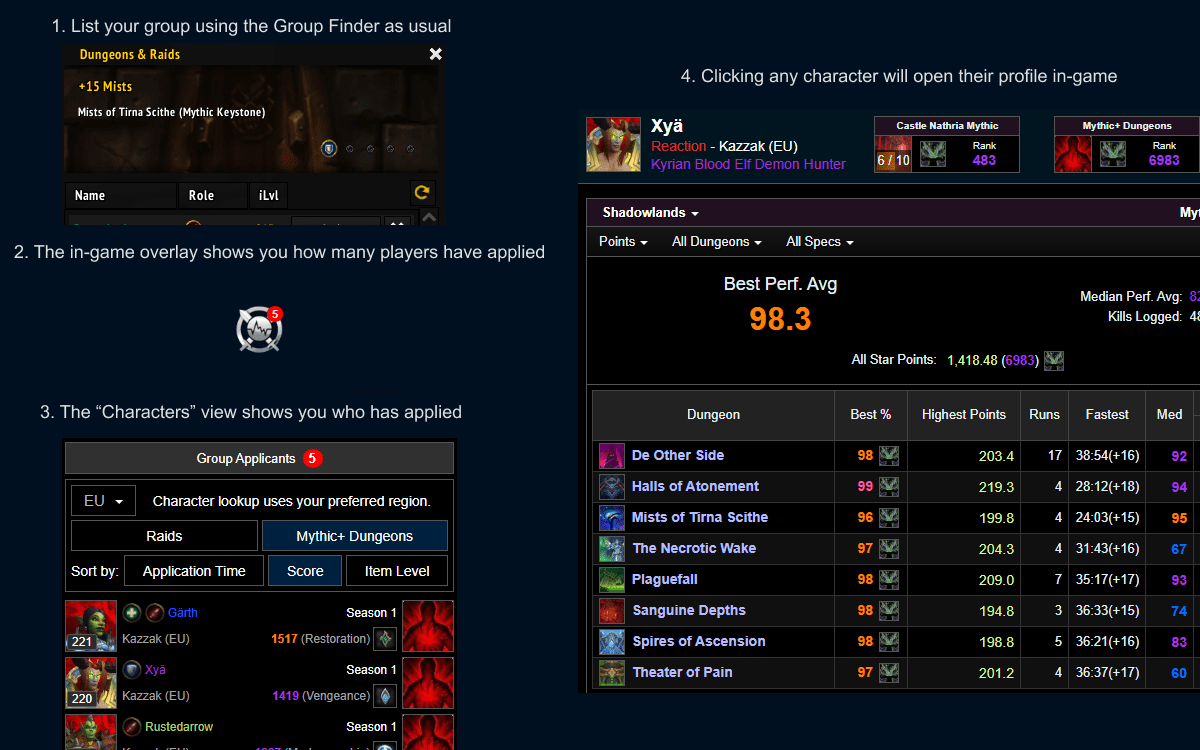 Switch to a second-screen experience at any time!

If you prefer having the app in a separate window rather than an overlay, you can switch it out at any time. The separate window version of the app is still fully featured, and is the version that runs if you start the app without running the game.

We were able to build these in-game displays by leveraging the Overwolf framework, so it’s only available on Windows for now. Don’t worry though. If in-game displays aren't your thing, or if you're logging on a Mac, we're committed to keeping our existing Uploader app on all platforms too.

The Warcraft Logs Companion is available in beta today. Here are some helpful basics. We'd love to hear your feedback as you start to use it. Download here now.